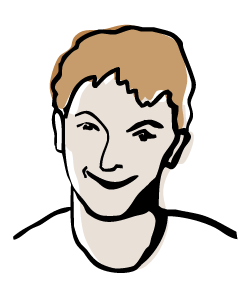 Hello! Welcome to my blog. My name is Col. I live in Perth and I have a passion for construction. I am pretty useless when it comes to construction work so I tend to leave it to the experts. However, I find that there is nothing more pleasing than seeing a team of construction workers complete a job. Over the years, I have hired many different types of construction worker and they have all taken the time to chat with me. During these conversations, I have learnt so pretty interesting things which I will be exploring on this blog. Enjoy!

Flat Plat or Evacuated Tube: How to Decide Which Solar Water Heating System Is Best For Your Home

When it comes to residential solar hot water systems, you have a choice between these two main systems:

Both of them can either be mounted on your roof or installed as a split system where the energy collectors are on the roof while the water storage tank is at ground level. So making a decision between either of the two systems will be based more on functionality than structure.

How do they work?

In the event of an overcast day where there wasn't sufficient exposure to the sun rays, and therefore insufficient water heating, an electric booster can be used to bring the water to the required temperature.  The booster is fitted onto the storage tank and heats the water automatically when it detects a drop in temperature. Alternatively, a gas booster can be used to reach the expected temperature. This is fitted on the copper piping and heats the water on a need basis as it passes through the piping.

This consists of glass tubes arranged parallel to each other to form a number of panels. The tubes are made of two glass cylinders fused at each end, creating a vacuum between them. The function of this vacuum is to act as an insulator and prevent heat loss.

The inner glass cylinder is coated in solar absorbing coating that absorbs the thermal energy from the sun, heating the copper piping inside it. The pipe contains water which is heated by the thermal energy and evaporates, rising through the pipe and into the storage tank.

Which one is better?

Either system can work for you depending on your set of needs. Each has its own advantages. For instance, the flat plate system is cheaper than the evacuated system and, due to its structure, is more resistant to hail damage. In addition, since a low volume of water is pumped through the system, the heat transfer to the water is more effective.

On the other hand, the evacuated system can operate effectively even during overcast weather and in subzero temperatures, and it can absorb more heat than the flat plate due to its larger surface area. It also requires a smaller space on the roof and is resistant to freezing and corrosion. It also has better heat retention due to the vacuum between the glass tubes.

So based on their functionality, your needs, and the location of your home, you can select the most suitable option for your home.